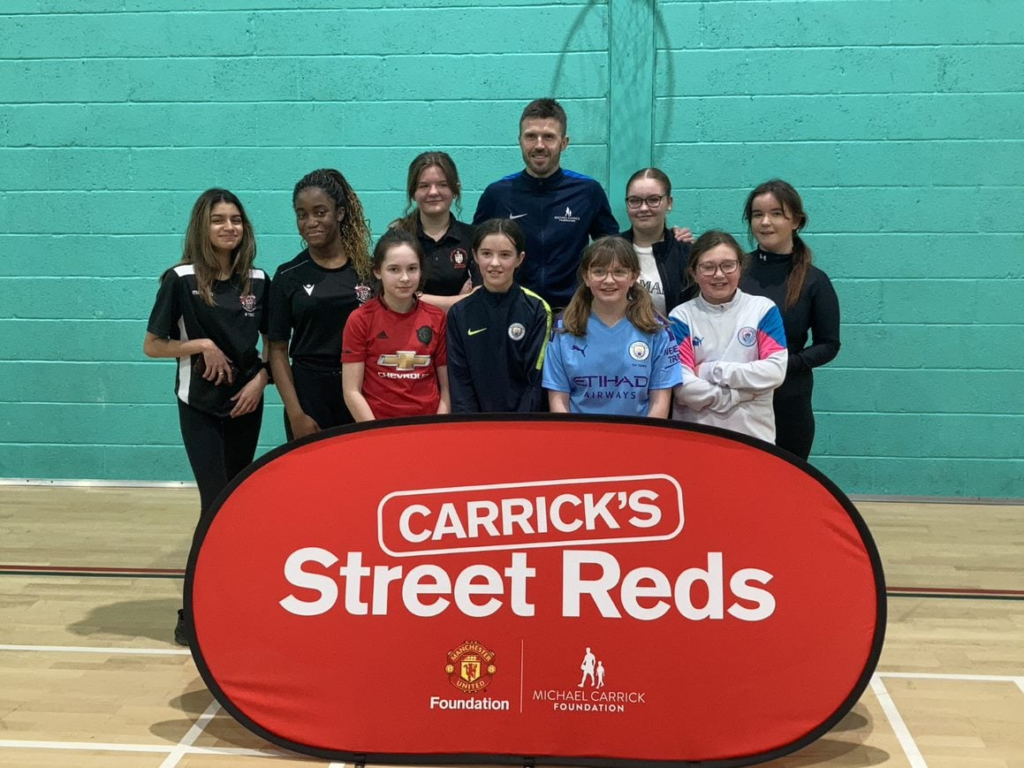 Weekly regulars to the Streets Red football programme, run by the Manchester United Foundation, were stunned to see the former professional footballer.

Carrick, who made 464 appearances for the Red Devils and won five Premier League titles, visited Middleton Technology School as part of his work with the Michael Carrick Foundation.

Staying for the full three hours and meeting with every age group, the former England international – and most recently interim manager at Old Trafford – hosted a Q&A session for the children, followed by an even more special surprise.

Every single youngster who attended that evening walked out of the session with a brand-new pair of football boots, courtesy of the Michael Carrick Foundation

For the young locals in attendance, the gift capped off a particularly unforgettable Friday night’s worth of football.

We use cookies to ensure that we give you the best experience on our website. If you continue to use this site we will assume that you are happy with it.Accept