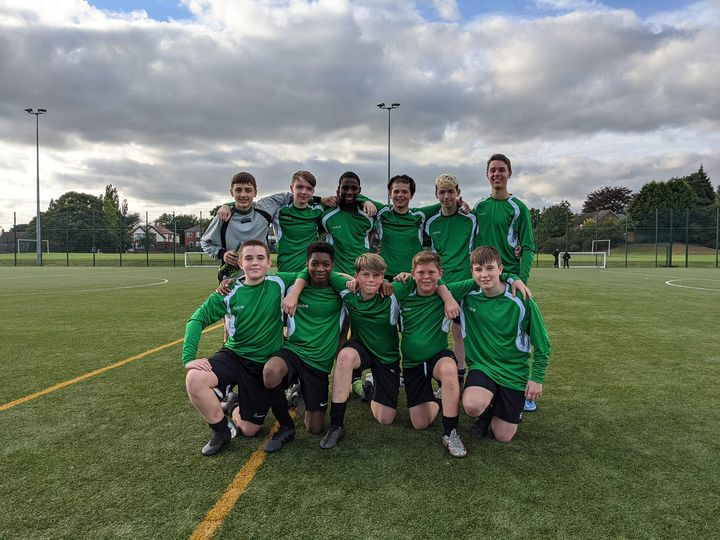 Sporting Success From the Start of Term!

Our Year 7 Football team played their first-ever game on Wednesday 22nd September. With a 7-3 win over Wardle, the boys played some fantastic football and demonstrated a squad with...
Written by Andrew Thewell, 13th December 2021

Our Year 7 Football team played their first-ever game on Wednesday 22nd September. With a 7-3 win over Wardle, the boys played some fantastic football and demonstrated a squad with strength in depth.

Year 9 footballers also managed to edge a closely-contested game away at Cardinal Langley. With new additions fitting into the team seamlessly and everyone showing grit and determination, the lads did well to grind out a 2-1 win.

The Rochdale Netball Tournament also saw a very successful evening for our Year 8 Girls. Four teams competed – with over thirty girls representing the school – as the first team won the tournament with the school’s second team finishing in third place. On Thursday of the same very busy week, boys and girls from all year groups competed in the Rochdale Schools Cross Country Competition at Falinge Park. With some excellent results – including first-place finishes in Year 8 and 9, all teams are still in contention to win medals as the competition progresses throughout the term.

It is so pleasing to see so many students representing the school in competitive sports again and conducting themselves in a positive way that makes the PE department feel proud. Winning is just an added bonus.

We use cookies to ensure that we give you the best experience on our website. If you continue to use this site we will assume that you are happy with it.Accept